The word gaggle is a collective noun, a medieval hunting term. There is no authoritative answer to how many geese make a gaggle but it is at least three. Three or more geese flocking on the ground is a gaggle; three or more geese flocking in the air are a skein. The word is believed to first appear in English in the late 15th century as gagyll, with reference to both geese and groups of chattering or cackling women.

The following sound pieces are installed inside of sculptures created from commercial goose decoys and carried on performative walks into locations throughout Boston where large populations of humans and geese gather. The cackling geese often induce reciprocal laughter in the carriers. 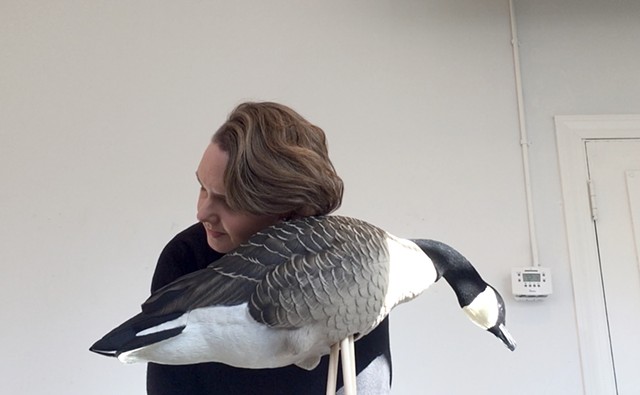 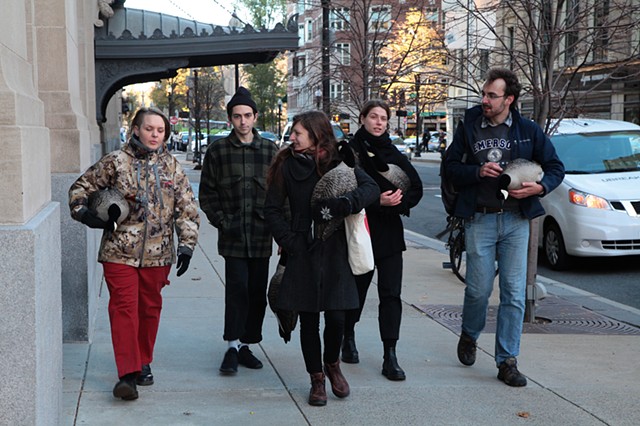 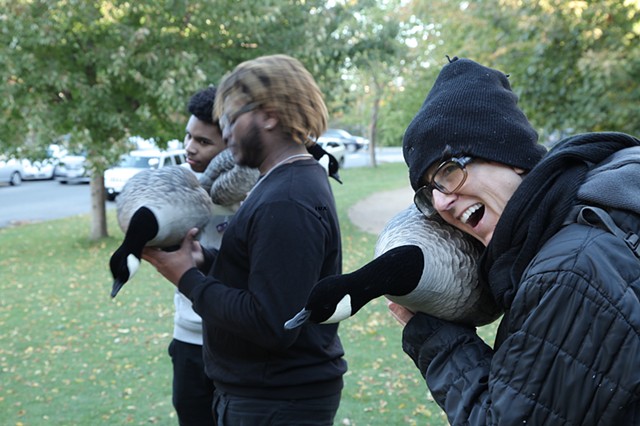 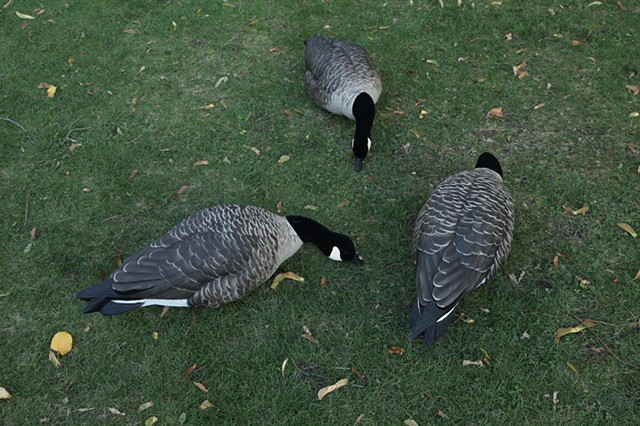