Throughout the US, there are 2 populations of geese. One is migratory while the other is a resident population: descendants of captive geese once used as live decoys by hunters and released into the environment when the use of live decoys was banned in 1935. Human infiltration left these geese and their successors without patterns of migration, resulting in year-long nesting throughout the country. In Loving Memory assembles a commercial decoy, cameras, artificial flowers and a funereal ribbon. This sculpture is installed in various locations throughout a historic graveyard where transient and resident geese gather, recording its encounters along the way. 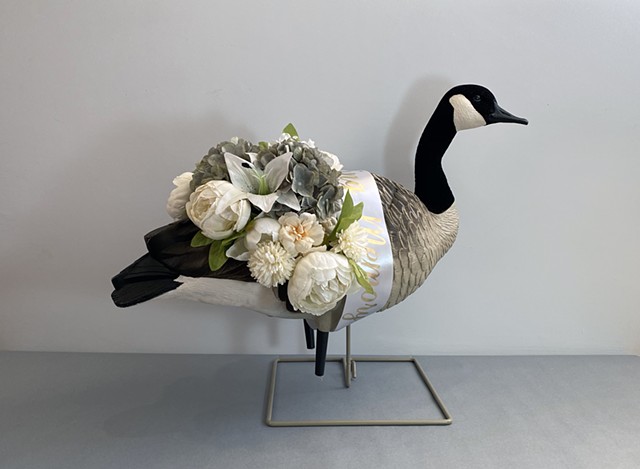 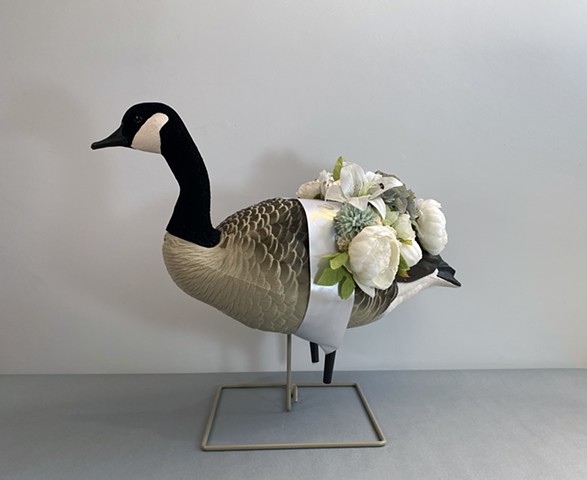 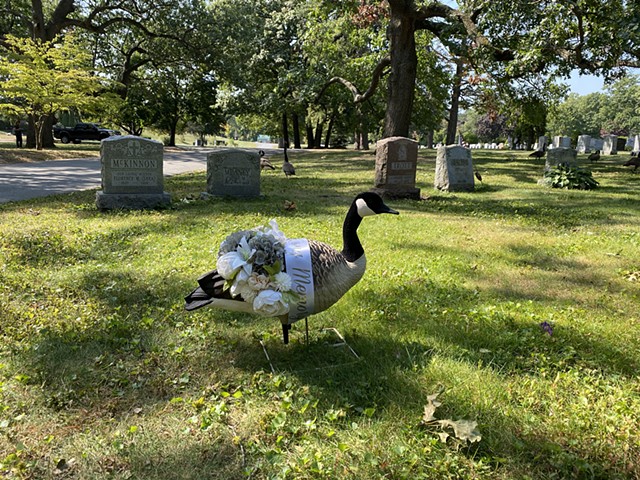 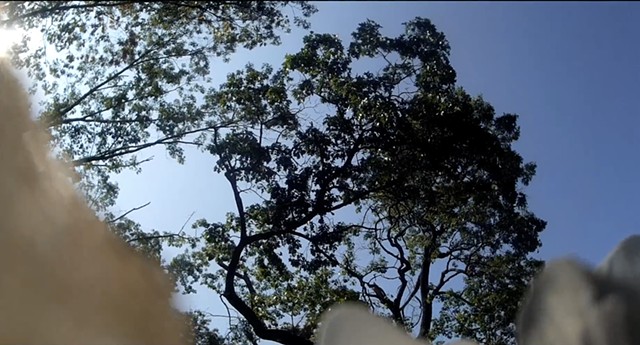 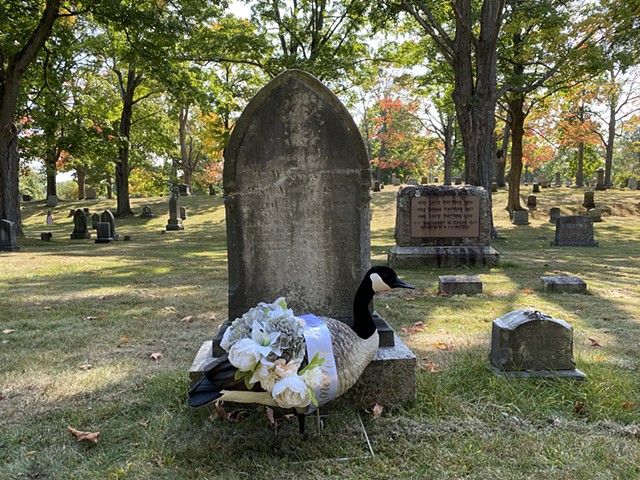 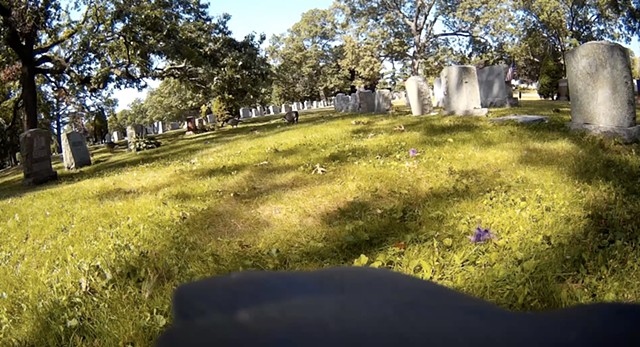 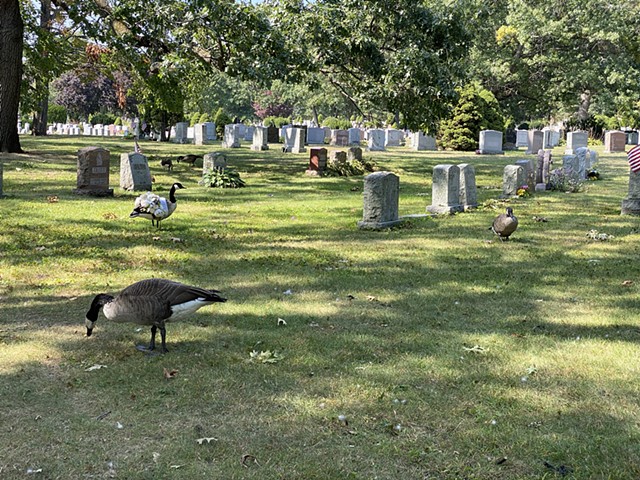