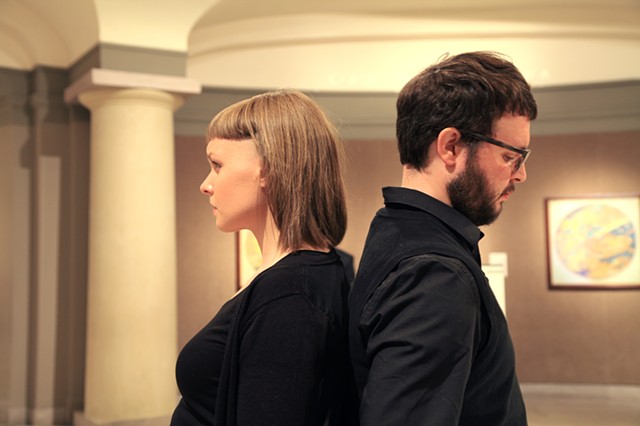 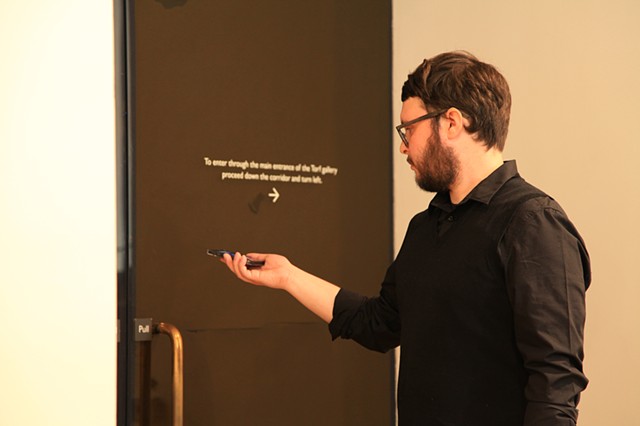 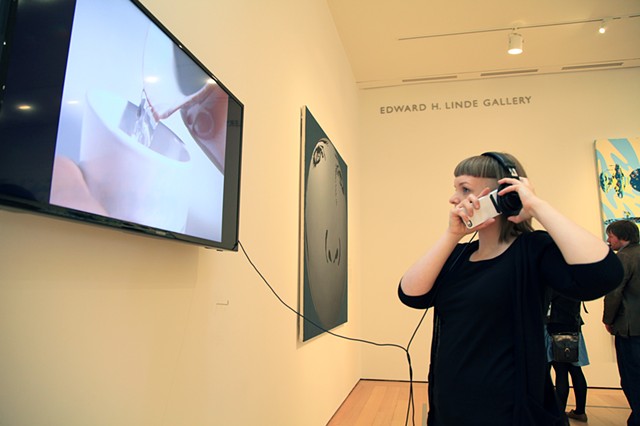 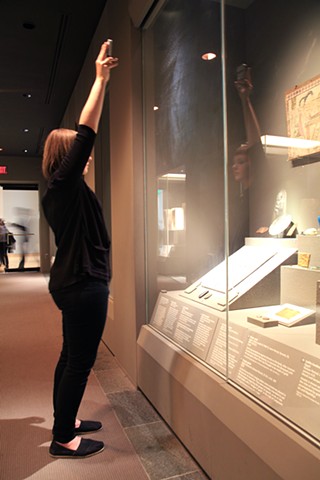 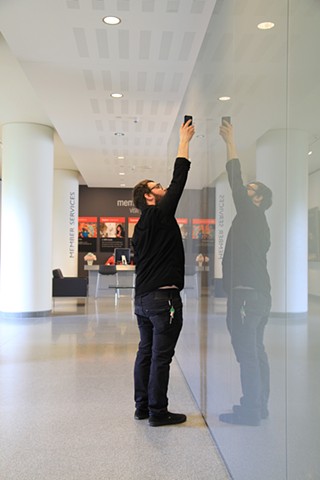 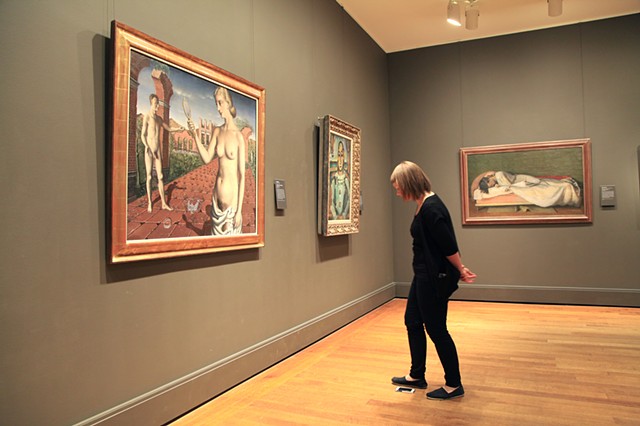 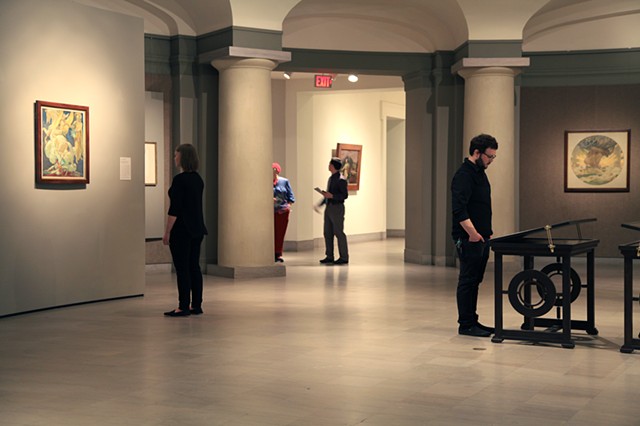 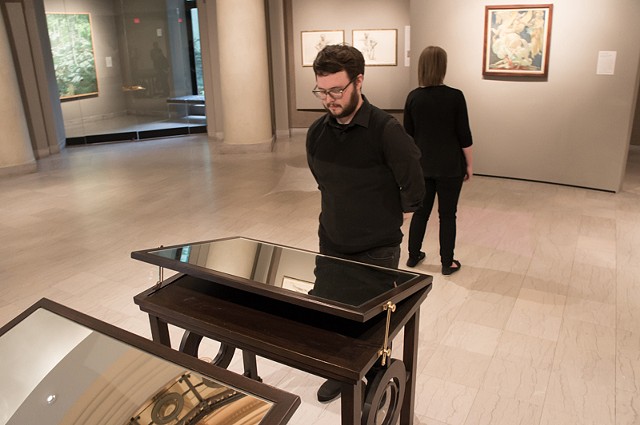 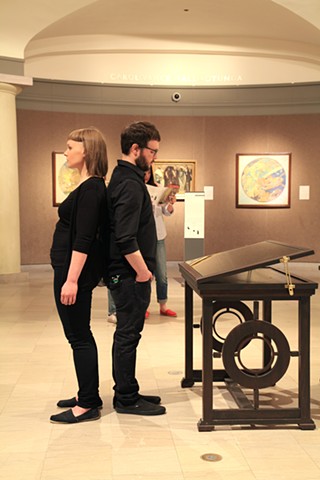 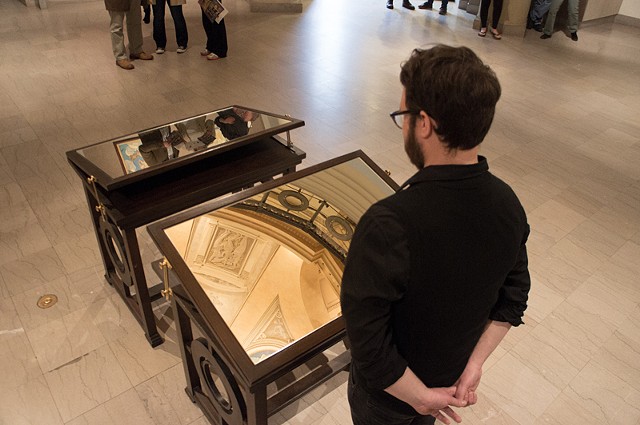 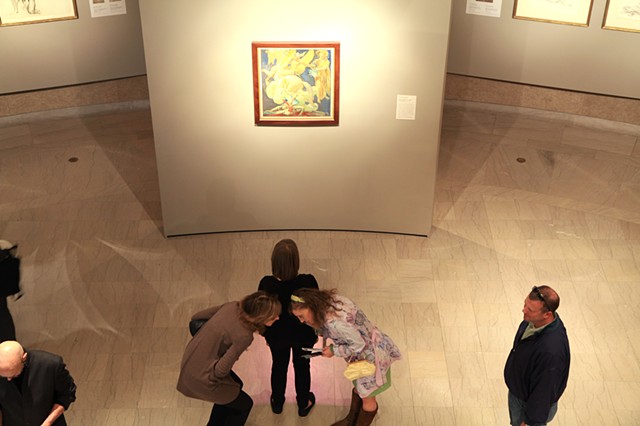 Meditating on the Museum’s role as an archive and the act of witnessing, Sandrine Schaefer and Philip Fryer traveled on two paths collecting sound present in varied spaces throughout the Museum of Fine Arts. After 2 1/2 hours of collecting, they met in the Rotunda on the first floor of the museum. Responding to multiple studies that have found the average viewing time of a painting in museums is a mere 17 seconds, each engaged in a 2 1/2 hour act of viewing a single artwork. Sandrine observed John Singer Sargent’s, “Sketch for Perseus on Pegasus Slaying Medusa” and Philip observed the mural on the ceiling of the rotunda by looking into a mirror provided to view the painting. As they stood looking, the archive of sound collected earlier in the day played from their bodies, an invitation for the audience to encounter the performance at an intimate proximity. Throughout the piece, Sandrine took steps backwards until she and Philip were back to back. Their micro-movements and touch controlled the volume at which the sound hidden on their bodies was heard. This piece addresses a dialogue around contemporary ideas in relation to witnessing experiential art.