The word “gaggle” first appears in English in the 15th century as “gagyll,” referring to groups of geese and groups of cackling women. In Anniversary, a sound piece composed of recordings of LGBTQ+ femmes laughing together is installed inside a commercial goose decoy. This laughing decoy was then carried by participants during group walks I led through the Fens and Boston Public Garden. This “cackling goose” induced reciprocal laughter in the carriers and a heightened curiosity towards the living geese encountered on our walk. Here, an object intended to lure living geese to their death (a hunting decoy) shifts into an object that inspires empathy towards the creatures it mimics. The reciprocal and collective laughter induced by this object also provided healing in a site with an unsettling history. In addition to places where humans and geese convene, the Fens and Public Garden are locations in Boston where a disproportionate amount of anti-queer violence has occurred. After the walk, the decoy is assembled into a sculpture that serves as an artifact of the experience that is exhibited in art and non-art designated contexts. 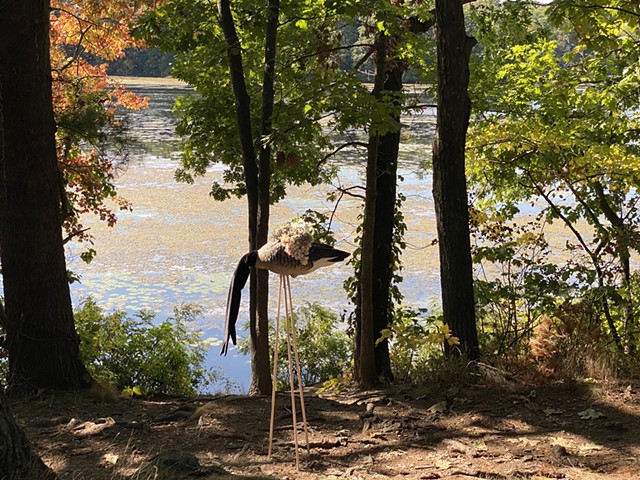 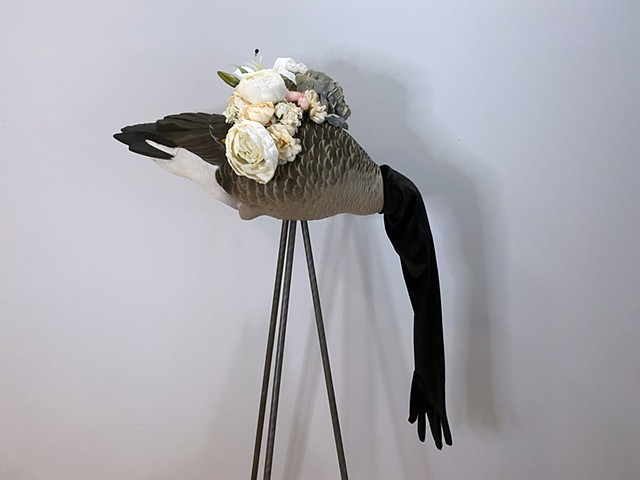 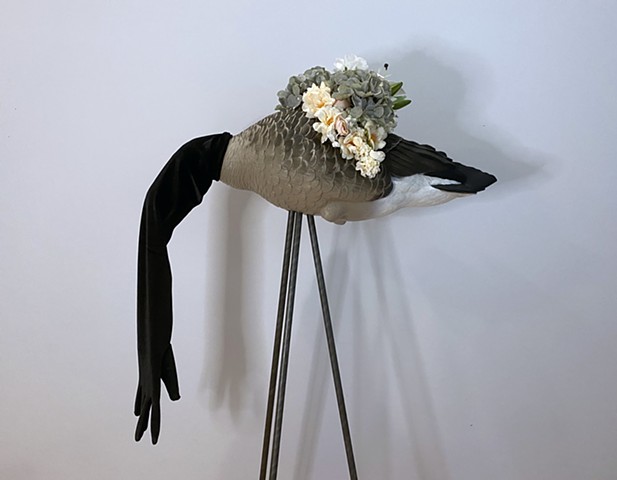 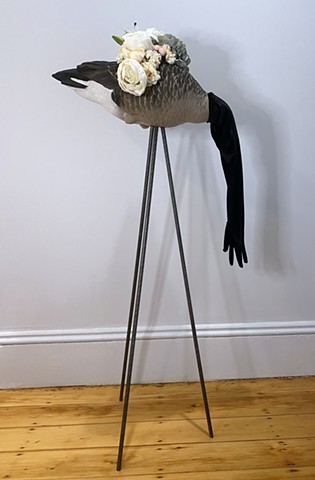