Cygnus is a northern constellation taking the shape of a swan or goose. In Holda's Gander, holes that mimic the shape of this constellation are drilled into a commercial goose decoy. This decoy was then carried by participants during a group walk I led through the Boston Public Garden. Participants were invited to use this object as a viewfinder while observing the activity in the garden. Here, an object intended to lure living geese to their death (a hunting decoy) shifts into an object that inspires heightened curiosity towards the creatures it mimics. After the walk, the decoy is assembled into a sculpture that serves as an artifact of the experience. A place where humans and geese convene, The Public Garden is also in close proximity to the historic Granary Burial Ground in Boston. This is where the body of Mary Goose is buried. Although it has been proven historically inaccurate, Mary Goose has often been called the original Mother Goose and this gravesite remains a popular tourist attraction. Here, broomcorn and the sound of a fetal heartbeat are used to reference early depictions of Mother Goose as a witch and the speculative connection between this figure and the weather goddess, Holda. 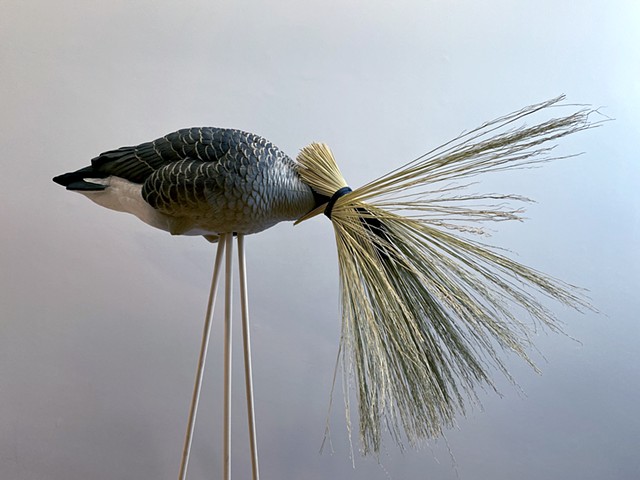 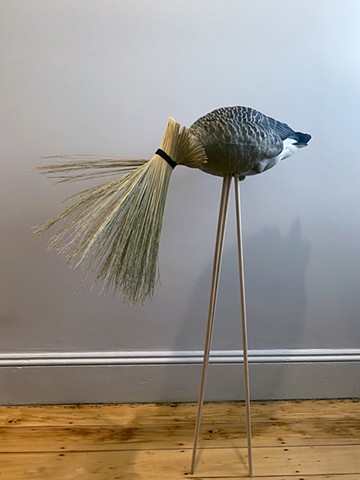 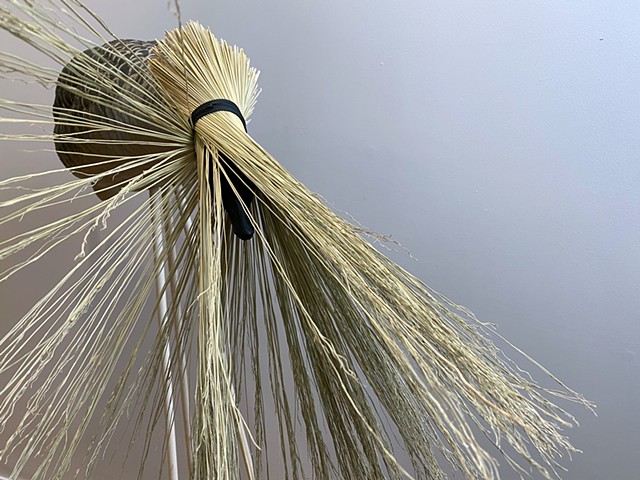 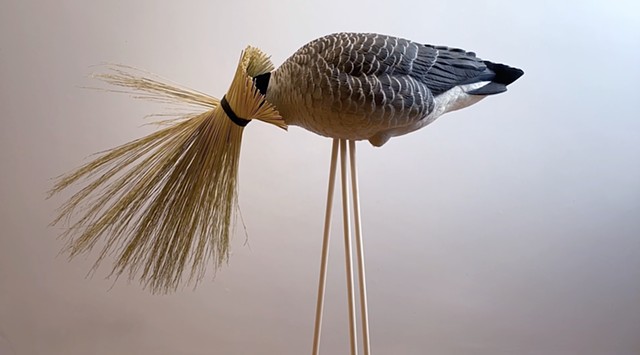